Our link with Karamoja 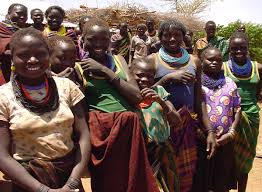 Each Deanery in the Diocese of Winchester is linked with a different district in Uganda. Our Deanery, Alton, is linked with Karamoja in north-eastern Uganda, a remote, semi-arid region with a turbulent and violent history.

Karamoja – a 14-hour bus ride from Uganda’s capital, Kampala, across rough, unforgiving terrain – is becoming increasingly vulnerable as the land becomes desertified and the meagre resources available have to be shared with an ever-growing population. Inevitably, it is the children and the old who are the first to suffer.

In Moroto, one of the main Karamojong towns, electricity is a precious resource as there are only a few solar panels to light the town and a diesel-generator is limited to 5 hours’ operation per day

o provide additional power.  Although in recent months the situation has improved with national grid hydro-electric power having reached Moroto, the threat of frequent power ‘brownouts’ is ever present due to increasing electricity demands in Uganda exceeding generation capacity.

Throughout Karamoja, the majority of people fetch their own
water daily from rivers or manually-operated borehole pumps.  Such demands for basic survival are time-consuming and frequently prevent children attending primary school.

In Karamoja a person’s wealth is determined by the number of animals they own, particularly cattle. Until recently, cattle rustling has been rife and, as cattle are not insured, it has devastated those families who have lost their livelihood as a result. However, since 2001-2002 when government disarmament exercises on cattle raiders and their AK47 rifles plus the introduction of electronic branding were initiated, cattle rustling has been extensively reduced such that there is now relative peace in Karamoja; this is sustained by the presence of the Ugandan army.

As well as raising cattle, goats, sheep and chickens, the local economy of the Karamojong centres on the growing of crops, particularly maize, sorghum and beans. However, the rains in Karamoja are erratic and crops fail, creating unrest as people strive to look after their own families and communities first.

The Role of the Church and Deanery Link 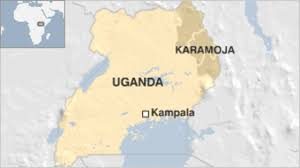 The church in Karamoja plays an important part in unifying and reconciling communities. Excitingly church membership is growing rapidly. The church is an active community; in Karamoja this includes help with medical provision, development of agricultural capability and spreading the gospel and encouraging discipleship.  Because the church’s structures reach to the grassroots level in the country, the Church of Uganda has been able to found both health and education services for people that the Government has not been able to reach.

In 1977 Alton Deanery formed a link with Karamoja and since then has been committed to:

Throughout this time not only have we learned a great deal from people whose perspective is very different from our own, but the Ugandan church in Karamoja has supported us in prayer and has welcomed news on how our local churches have grown and developed.

We are privileged to have a meaningful relationship with such independent and resourceful people. The Karamojong church is marginalized geographically and socially so our link is tremendously important to them. They value us as friends who can speak on their behalf and make their needs known.

Following the death of Bishop Peter Lomongin in June 2006 and local developments since, the Karamoja Diocese has been divided into two, each served by a new bishop: Bishop James Nasak in North Karamoja, based in Kotido and Bishop Joseph Abura in Karamoja (South), based in Moroto.

Find out about the bursary scheme